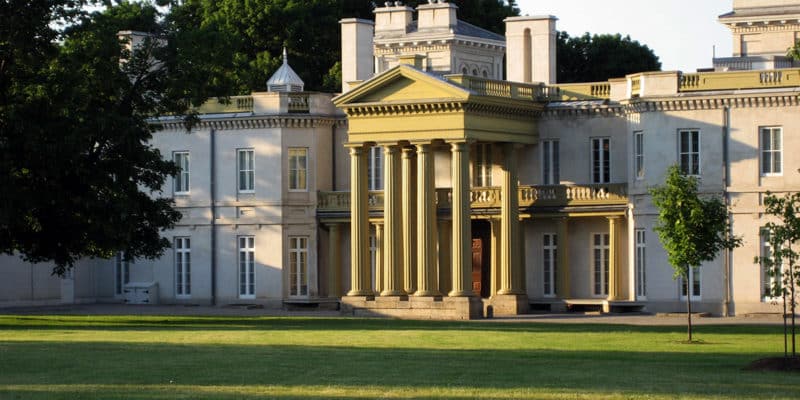 Along with Quebec, New Brunswick and Nova Scotia, Ontario is one of the original provinces, and in 1867 it formed part of the federated colony which was to become a sovereign nation. Although not known for its architectural qualities and still quite young compared to it’s global, sovereign confederates, Ontario is home to some of Canada’s oldest and most unique structures.
Among these historic and celebrated structures is Dundurn Castle, the 18,000 square-foot neoclassical mansion located on York Boulevard in Hamilton Ontario. The castle was raised over a period of 3 years -ending in 1835 – and its construction costs totaled $175,000; equivalent today to over $6,000,000. Established at the former site of a British military encampment, the castle’s heritage and stunning masonry façade overlooks the city of Hamilton, while the back graciously faces Burlington Bay. Hamilton’s masonry marvel is situated on grounds which feature many historically and architecturally significant structures; their heritage value lying in their Italianate, Gothic revival and Classical style design and in the prominent politician and businessman, Sir Alan Napier MacNab for whom they were built. The prominent and picturesque qualities of the buildings and landscape include the 19th century front entrance gates which were originally imported from England and the stone pillars which were cut from the Dundas Mountain. Purchased by the city of Hamilton in 1900 and receiving a significant investment for the renovation of its brick construction, the castle’s halls and rooms along with their characteristic panoramic views are now open to the public. 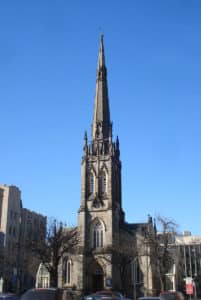 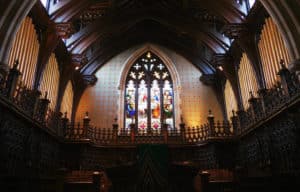 Revival architecture in Canada. St. Paul’s Presbyterian Church – erected over the years from 1854 to 1857 – boasts a spire that now towers over neighboring structures at 180 feet, and the church holds the title for the highest steeple sculpted entirely out of stone in Canada. Features like the cut-stone masonry and meticulously-proportioned buttresses which reinforce the corners of the tower contribute to preserving its provincial and municipal heritage.  With most of the church’s grey limestone being sourced from Hamilton’s quarries, it is regarded as one of Hamilton’s finest masonry buildings, and was federally designated as a National Historic Site in Canada.

Hamilton’s lands bear some of Ontario’s richest stone-cut masonry formations, dating back to the early days of Canadian settlement, and confederation. With many locations being designated as National Historic Sites, the city has dedicated considerable resources to maintain, repair and restore its historically significant masonry structures.